Get coached on how to lip-sync accurately and passionately.

Be ready for that gig where you have to do the perfect lip-sync on camera. For singers and non-singers, learn the skills to make a pre-recorded song on film look totally believable. You can fake it brilliantly! Match a technical execution with the energy and feeling of the music to create a seamless, convincing, and compelling lip-sync acting performance in close-ups and wide shots.

Class size: Limited to 8 students
Prerequisites: Open to all, including Singers and Non-Singers
Location: Online
$159

TUESDAY
6:00-10:00pm EST
Join Option A
Get on Priority List
Get Newsletter

Lip-sync acting is about matching the technical with the feeling for the camera. The goal is to convey the same (or more!) emotionality in a lip-sync as when you would be actually singing!

During lip-syncing, the actor must match lip movement with the energy of the performance. This workshop will introduce you to ideas like:

Darius will coach performers to lip-sync correctly, accurately, and passionately!.

Just because you are a singer doesn’t mean that lip-syncing to prerecorded music is easy! There’s a ton of technique required, including an awareness of the camera and how to adjust your performance for close-ups and wide shots.

And don’t think that because you are not a singer that you won’t get the opportunity to have an incredible singing number in a film or TV show! It definitely happens. In fact, this is how Darius got into this aspect of it all. He was hired first to create a song for Marvelous Mrs. Maisel, and then they hired him to vocal coach the non-singing actor on the show to be able to lip-sync to Darius’ recording. He fell in love with the nuanced skills of it. And now he is ready to teach what he has put into practice many times!

During the workshop, you will get individualized coaching with key tips from Darius. Your work in class will be filmed so that you have clips of your lip-synched performance. 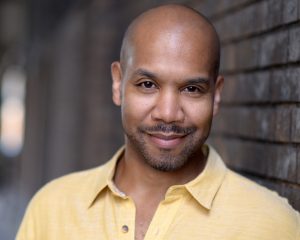 Darius de Haas is an award winning singer, actor, concert and recording artist whose career has spanned from Broadway to TV/Film and concert stages around the world.

His theater credits include BROADWAY: Kiss of the Spiderwoman, Carousel, Rent, The Gershwin’s Fascinating Rhythm, Marie Christine, and Shuffle Along. Other notable shows include Running Man (Obie Award) The Bubbly Black Girl Sheds Her Chameleon Skin and Children of Eden. His TV credits include Dietland and the singing voice of “Shy Baldwin” on The Marvelous Mrs. Maisel. His most recent film is The Waves In Quarantine. As a musical artist, among Darius’ credits are The Lincoln Center American Songbook, Duke Ellington Sacred Concert w Los Angeles Master Chorale, The New York Festival of Song, Carnegie Hall and many orchestras including the National Symphony, Cincinnati Pops and Boston Pops. His recordings include Day Dream: Variations on Strayhorn, Quiet Please (w/Steven Blier), and many Original Cast Recordings. Darius is also an international board member of Covenant House and a founding member of Black Theatre United.

Darius is a soulful and gifted singer, and he’s always so encouraging and uplifting with other artists. He teaches from the perspective of someone who has been in the trenches: sustaining long-running shows as a performer, the pressures of one-time gigs, and now developing expertise for onset lip-syncing for musical numbers on camera.

Hear Darius sing. Just so you know you are in such good hands… 🙂

Letting myself feel it was truly OK to be where I was at age -wise, and leaning into all of what that was.

I hate doing “list” monologues (a monologue where you literally say a list of items)—particularly if it’s a long list. I did one when I was guesting on this short lived show called Dietland, and during blocking rehearsal when I got to the “list,” I blew it my first time around. Thankfully it wasn’t an actual take, and the director said “yeah, that’s a lot of shit,” and I cracked up. It made me relax instantly, and I actually got to have fun with the monologue when we actually started shooting.

That I don’t need to be like anyone else. I can learn and take inspiration and examples from others, but ultimately I can trust and bring forth fully the unique qualities I have through a character

What frustrates you as an actor in the current climate of filmmaking or of the business at large?

In this particular moment in time, just because things are starting to open up, I cannot lose my sense of agency. I actually got to do some interesting work during the pandemic, and it opened me up to the fact that I can own more of what I do, that I truly have value as an actor and artist, and that I should not undermine that.

So many. In recent times, I’m truly proud of my work on Maisel.

André De Shields. I’ve known him since I was a child—literally—and I love all the roses he is getting now. He has stood the test of time and is doing amazing, varied work. I am very inspired by him. Also Phylicia Rashad—I love how she has evolved in her career.

Why did you choose this class to teach?

I felt there was a specific need. And a specific skill (or set of skills) that needed to be looked at as far as singing performance on camera. Because I’ve worked pretty intimately with it for the past 3 years or so I felt I truly had something I could give in service to others.