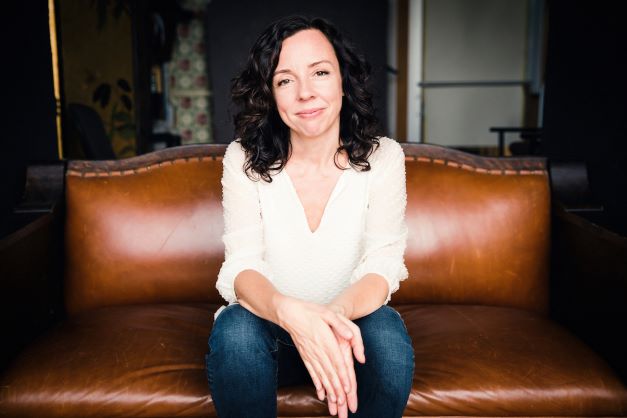 Heidi Miami Marshall’s career has spanned over 25 years as an Acting Coach, Film and Theater Director, Casting Director, and Acting Studio Owner. Her entire career informs her coaching eye and influences her aesthetic for working with actors.

Originally, Heidi was the lead Casting Director at The Telsey Office for the Broadway musical RENT, as well as for 70+ projects in theater, film, TV, commercial, and voiceover. Heidi has directed on the Broadway shows The Addams Family, Baz Luhrmann’s La Bohéme, and The Color Purple. Renowned Director Luhrmann says,  “All of Heidi Marshall’s work has led me to see that she’s a director of first rate talent and ability.”

Now the owner of a top acting studio, she’s coached countless actors into roles. She is frequently hired by directors and production studios to prep actors for auditions, screen tests and performance. Her acting clients have appeared on big and small screens, from network TV to indie film to blockbuster hits. Talent spans from new actors to Emmy award-winning.

Heidi is frequently hired by directors and production studios to prep actors for auditions, screen tests, and performance. Notable collaborators include John Turturro, Baz Luhrmann, and Rob Marshall (no relation).

As someone constantly in audition coaching mode, Heidi has her eye on the ever-evolving biz and loves supporting the actor through phases of audition prep, self-taping, screen tests, and performance. Heidi enjoys shaping material in response to the actor’s natural presence and humor.

Also a director, Heidi’s simultaneous filmmaker career provides a keen sensitivity to what is needed from actors. Her directorial skills quickly shape scenes and help actors make bold, clear, playful, and strong choices. Her filmmaking skills help actors move from analysis into playing the scenes in space and time with incredible attention to detail. Casting Directors, Agents, Managers, and Directors have teamed up with Heidi to get their actors across the finish line in auditions, screen tests, and production.

Heidi has worked with high-level performers who have never acted before as well as seasoned, award-winning veteran actors. Her actors range from youth to people of a certain age and span diverse backgrounds and orientations. Each artist is a talent that she adores supporting in the process of creating strong and uniquely-yours self-tapes and performances.

Below, check out PRESS & MEDIA, MY JOURNEY, and STUDIO MISSION. 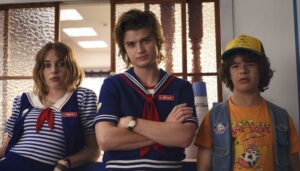 “When I have breakdowns, I often send them to theater actor friends to send to actors who don’t have agents who I should know about. I reach out to theater schools, to alumni. Heidi Marshall, who’s an acting coach in New York City, was actually a casting scout for the original cast of ‘Rent’—she has a real special eye and she’s someone I reach out to often.” 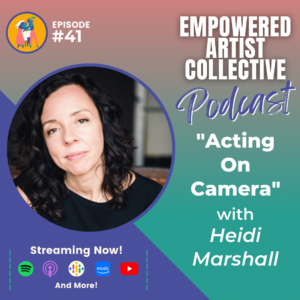 In this episode, Jennifer talks with Heidi Marshall, acting coach & teacher, filmmaker, and director, all about on-camera acting, self-tapes, and preparation. Heidi shares her journey toward becoming a sought-out acting coach in this industry, the way she works with artists, and some stories of clients. They share tools on how to feel empowered with your choices as an actor, ways to find newness, embrace all parts of yourself as a human, and how to be kinder to yourself in the process.

Johnny and I were invited to speak at the SAG Foundation about actors producing their own work.

I was invited back to speak at the SAG-AFTRA Foundation about actors processing and handling rejection.

In Episode 7: “Heidi Marshall,” of The Cool Kids Table, I chat in depth about casting RENT, Jonathan Larson, what inspired me to start my coaching career, filmmaking, and more. 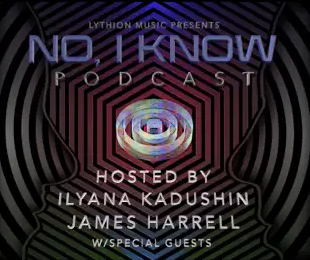 In Episode #20: “RENT Audition Throwback (and new tips!),” of No, I Know, I talk behind-the-scenes casting tips. 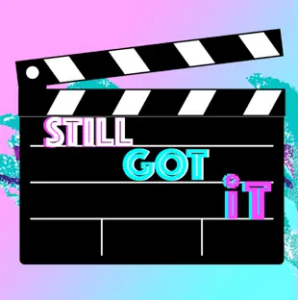 I share my best practices for working with actors, including live scene work with two actors, followed by a Q&A. Join PANO to watch. 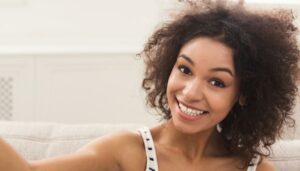 “When Heidi Marshall, a filmmaker, director, acting coach, and former casting director, is in the process of casting a project, she heads to Google first. She wants to see auditioners’ social media profiles and if they’ve done any on-camera interviews. There are so many more avenues for actors to show their personality today, Marshall says, providing a sense of control they never had before…”

in “3 Pros on Headshots in the Selfie Age“

Heidi then completed a fellowship through The Drama League and headed to New York City, where she began working as an assistant for Bernie Telsey’s casting office. It was an “accidental” stopover in her 20s that led to a career launch: her first casting project was RENT. In the midst of RENT’s explosion into mega-hit status, Heidi became the show’s lead Casting Director—for seven years, she found and developed talent for its Broadway casts and national/international tours. Heidi also served as Casting Director for Baz Luhrmann’s La Bohème on Broadway for which the rotating cast all won a TONY Award for Excellence in Theater.

Baz’s artist mentorship led to a shift away from casting; Heidi was then hired as Resident Director on La Bohème, which had a critically acclaimed Broadway run. She later directed La Bohème for Baz at the Ahmanson Theater in LA.

Her work as a director continued when she was selected for the prestigious American Film Institute’s Directing Workshop for Women.

She returned to Broadway as an acting coach for The Color Purple and worked with Fantasia, Chaka Khan, and Bebe Winans. She also served as an Associate Director for The Adamms Family musical from development through opening night.

Her film Muscle has won 7 awards and has played at over 30 festivals worldwide, including Oscar-qualifying fests. She continues to work as a director, independent filmmaker, and acting coach and teacher.

Heidi actively champions inclusivity in front of and behind the camera. Over 4,000 actors have been taught and coached through her private studio in the past 20 years. She  purposefully surrounds herself with passionate actors, collaborative filmmakers, theater lovers, and driven artists who care about Community.

Heidi Marshall Studio is an acting studio on a mission to empower actors as artists. It’s not just about standard scene study for us. We offer intimate classes to study how to develop confidence, stretch acting muscles, and deepen the craft of acting. Led by Heidi Marshall, whose career has spanned over 25 years as an Acting Coach, Film and Theater Director, Casting Director, and Acting Studio Owner. The studio has a thriving alumni community who have worked on big and small screens and stages across the world.