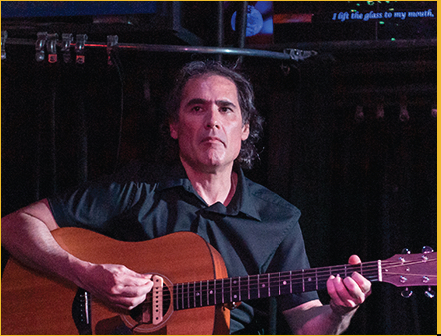 James Oakar has worked on several national feature films, television and multimedia projects taking on a variety of roles including composer, music director, producer, guitarist and actor. His television credits include several PBS documentaries including Destination America, RFK, The Jewish Americans and J. Robert Oppenheimer. His music can be heard on episodes of CBS Sports Highlights, Jane Pauley Show, Montel Williams Show, America’s Most Wanted, and Crossing Over. Mr. Oakar has performed and/or acted on several feature films and television programs, such as ABC’s All My Children, as well as feature films Kincardine and Seven Miles Alone.

Mr. Oakar has produced several projects for radio and television including Pete Seeger’s Clearwater Music Festival, Mothers Against Drunk Driving as well as FACT‘s Health Forum radio show. Mr. Oakar is a graduate of The Cleveland Institute of Music and New York University.