What inspires you? (in times of conflict) 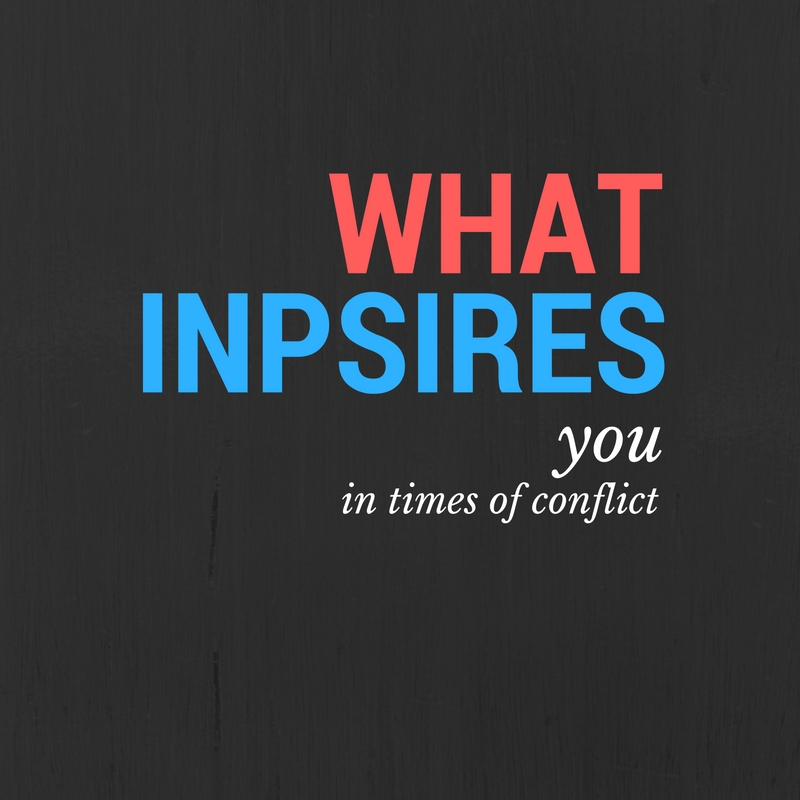 What inspires you in times of conflict?

I am moving forward… are you?

My answer to the turmoil in our world is to nurture a Creative Life. I am positive that this effort both heals and (re)builds.

Nurture your artistic spirit by nurturing what inspires you.

In every personal conflict I’ve ever had, I find myself moving forward when I turn to my creative spirit and outlets, alone or in community.

I’m purposefully nurturing myself (in times like these) with sources of inspiration.

Last night, I got myself to the movie theaters to see TWO films. Yup, I roll like that sometimes – two films in a night.

The first was an iconic film, Julie Dash’s Daughters of the Dust. It was the first feature film by an African-American female director to ever get distribution into theaters.

It’s a beautifully shot and visceral and abstract poetical film. I’m amazed at how popular such an “experimental” style of filmmaking was to audiences when it came out 25 years ago.

The filmmaker forged her own way forward with her unique style and aesthetic interests.

Director Julie Dash held true to her own aesthetics and inspirations (Toni Morrison and Maya Angelou, in particular). In the end, Dash created a landmark event in film…. and influenced Beyonce’s recent music video!

Dare to stand for your artistic style, it will influence others.

I went on a whim to the second film, literally running from one theater to the next. After the film, I realized that Arrival’s Director Denis Villeneuve is actually one of my favorite directors that I’ve been loving for awhile now, but I didn’t realize until after watching the film that he directed it. It was serendipitous proof at how much I love his directing.

Know who you admire. Follow the arc of their career for inspiration.

I love Villeneuve’s other films Prisoners and Sicario. Oh my goodness. His visuals are breathtaking to me. His films’ themes resonate for me viscerally and deeply. They always inspire me to make a movie.

Oh yes, and his Cinematographer is stunning (you should know him too – Bradford Young – he did Pariah, Selma, and the new Hans Solo spinoff film!). As well, his Composer Johann Johannsson is extraordinary with his soundscapes and music. Now, they are all doing the next Blade Runner together… yeah, super cool.

Build a a filmmaking team to work together again and again and get better and better.

Do you need to know who these specific filmmakers are that I’m mentioning? Not really.

You just need to know which filmmakers inspire YOU.

And then surround yourself with those people or their works of art.

And be daring enough to actually strive to be like them.

Gather the inspiration around you…

In the old days, we used to buy DVDs and CDs of artists that we wanted to immerse ourselves in and maybe aspire to. Or movie posters! Remember that?

Put your artistic reminders in your sight, on your walls, on your computers, in your face, everywhere you turn.

Oh yes, and here’s one last bit of “creative movement” inspiration that just happened to me today!

My friend and an ALUMNA(!) Naomi McDougall Jones gave her first TED Talk today! Her topic was “The Women in Film Revolution starts with you.” I watched the live stream and admittedly shed a tear from her inspiring bravery and enthusiastic call to action.

Her bravery to do a TED talk inspires me to be brave in creating my art with purpose.

Please, let’s keep speaking up with our art.

No matter your opinion, go ahead and put it into your Art.

You have no idea how YOU will change one person, inspire one person, to do more in their lives, to grow and live larger in their own ways.

Always take the time to nurture both your Skillz and your Inspiration. We need you!