Chasing Satisfaction as an Artist 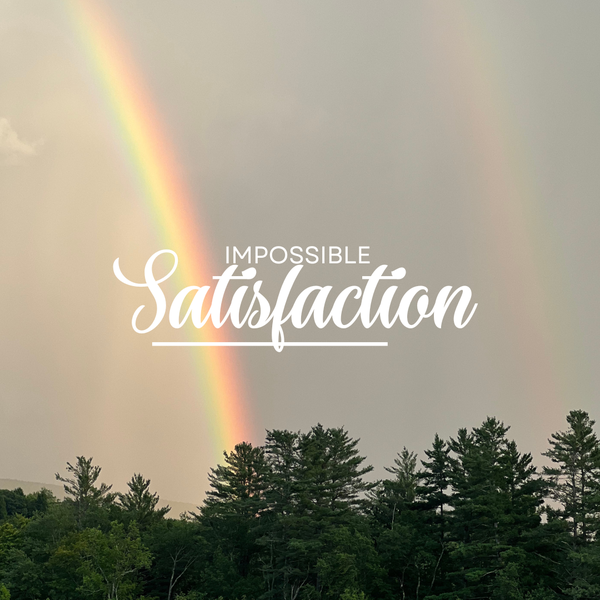 How do you as actors feel satisfied with your work?

Satisfaction from the work we do is like chasing the end of the rainbow. Actually, just recently, I was driving near the end of a double (!) rainbow. We had to pull over and do a quick pic. As you can see, we still weren’t at the end of it! In fact, as you get closer, it always seems to get further away! Why is it always always always out of reach?

As it turns out, I did a little research and learned that it’s actually impossible to get to the end of a rainbow. A rainbow is formed when sunlight meets droplets of water, refracts light, and creates a prism. You can’t walk into the prism because it constantly moves as you get closer to it. Just like the horizon. You can never reach the end of the horizon either…

Brain warps! But, friends, this is what you are doing to yourselves when you try to achieve total satisfaction about your work!

I’m finishing my short film and I know that the time is getting closer that I will have to say, it’s finished. But letting go is hard. There are still changes I want to do, there are still moments that I want to smooth out, timing that I want to get perfect. The list of tinkering is long. But, that doesn’t make the film better. In fact, it can hurt it. I can tinker forever and lose sight of all the natural goodness that has happened along the way. It’s called overworking, or overthinking.

Letting go that you can’t reach the end of the rainbow or the horizon. The end is really an illusion. Literally.

Finish up that self-tape submission and hit send.

Do the audition and move to the next one.

Do the job and generate the next one.

Create the thing, and then create another thing.

Maybe not feeling satisfied is a good thing.