Your Performance in the Editing Room: Part 1 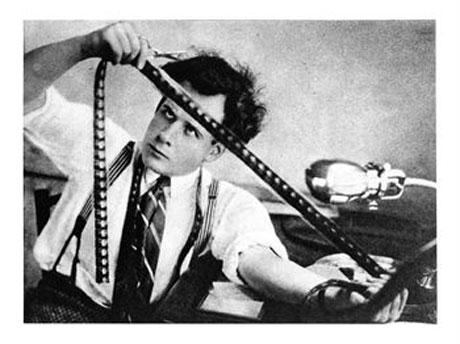 PART 1 What’s going on inside that edit room anyway??

You’ve probably heard the phrase “The film (and your performance) gets made or broken inside the editing room”.

I’ve been sitting inside an editing room these past weeks with my Editor on a film I’ve directed recently. And boy oh boy is this adage true! Every selection is so tediously painful OR magical when you get it right. A delivery of a line or a glance from an actor can completely tilt a scene.

Actors generally think “I can’t do anything about the film – my performance is in their hands.”

Sure, that’s basically true, unless you are an Actor-Director. Yes, definitely the Editor and Director are making all of the final selects of your performances when they carefully comb through the multitude of ways that you said “I love you.”

But, believe it or not, there are some essential things that you can do to positively influence how strong your performance will be.

When I sat down to start writing about how you can influence the Editor by your acting choices on set, it occurred to me that many of you might not even know exactly what the THOUGHT process of Editing involves.

The editor and director are giving very, very deep thought to every single edit choice.

The Director and Editor watch the footage over and over and over looking for the perfect selections that will tell the story in a perfect way. They’re watching your performances through a microscope to make these precise decisions.

They really become quite intimate with your acting – they can tell when you’re relaxed, tensed, specific, non-specific, and generally know when you are “connected” to your character.

First, the Director and Editor select their favorite Takes of each camera angle and begin to edit a scene together.

Directors start editing with their favorite Takes first. Directors already noted the favorites while filming (via a Script Supervisor) and now try to recreate that warm gushy feeling that they had onset by combining their favorite shots together.

On set, that scene felt sooooo good. Those moments between the Actors were so potent, so alive, so specific!

While editing it all together, Directors discover that the story and performances don’t resonate the same as it all did on set.

Now, the Director sees that a performance needs to be tweaked – to be more warm, or more cruel, or more mysterious. Maybe the character needs to be set up differently so that the payoff in the final scenes is more surprising – it’s too obvious he’s the bad guy already in the first scene!

The Director has to pay close attention now to telling the version of the story that she intends to present. The right tone, the right pacing, the right point of view, etc.

Now, the Director and Editor pick through the footage (again) to find the best nuances in all the Actor’s Takes to shape the telling of the story.

And so begins the actual art of editing.

The Director and Editor pick it all apart so that they can build the story they want to present, and to make it even better than first imagined.

The way an actor delivers a line can shape the scene totally different.

So, with every selection of a Take, we are shaping the nuanced beats of the scene.

The way a single line is delivered, or a glance from a character towards another character is expressed, can completely shape the scene. It can give away too much, or too little, or send to the audience the wrong message entirely.

A great Director/Editor team will take the audience on an emotional visceral ride of the story by carefully selecting the acting moments.

The key to great filmmaking (I think) is to compel the audience to be invested emotionally in the characters’ journey. Every single choice in the edit is with that goal in mind.

We aim to not ever have a false moment in the performance, never an unnecessary scene or line or moment in the film. We aim to keep our audience hooked in every moment.

An actors performance is getting finessed to support the point of view of the filmmakers.

Actors, your choices in every onscreen moment will shape the final storytelling.

Please know that your thoughtfulness about the story and character is essential. The homework prep that you do will make the difference. It all shows up on screen, in big and small ways.

We will be dissecting it all very carefully as we put the film back together again!

I love this other filmmaking adage: “Editing your film is really the final rewrite.”

Filmmaking is a collaborative art form. And when you get to see your film after the Editor has worked some magic, you might not even recognize your performance!  It’s a beauty to behold!

Coming soon! Part 2 How to give the Editor & Director what they will need in the editing room.