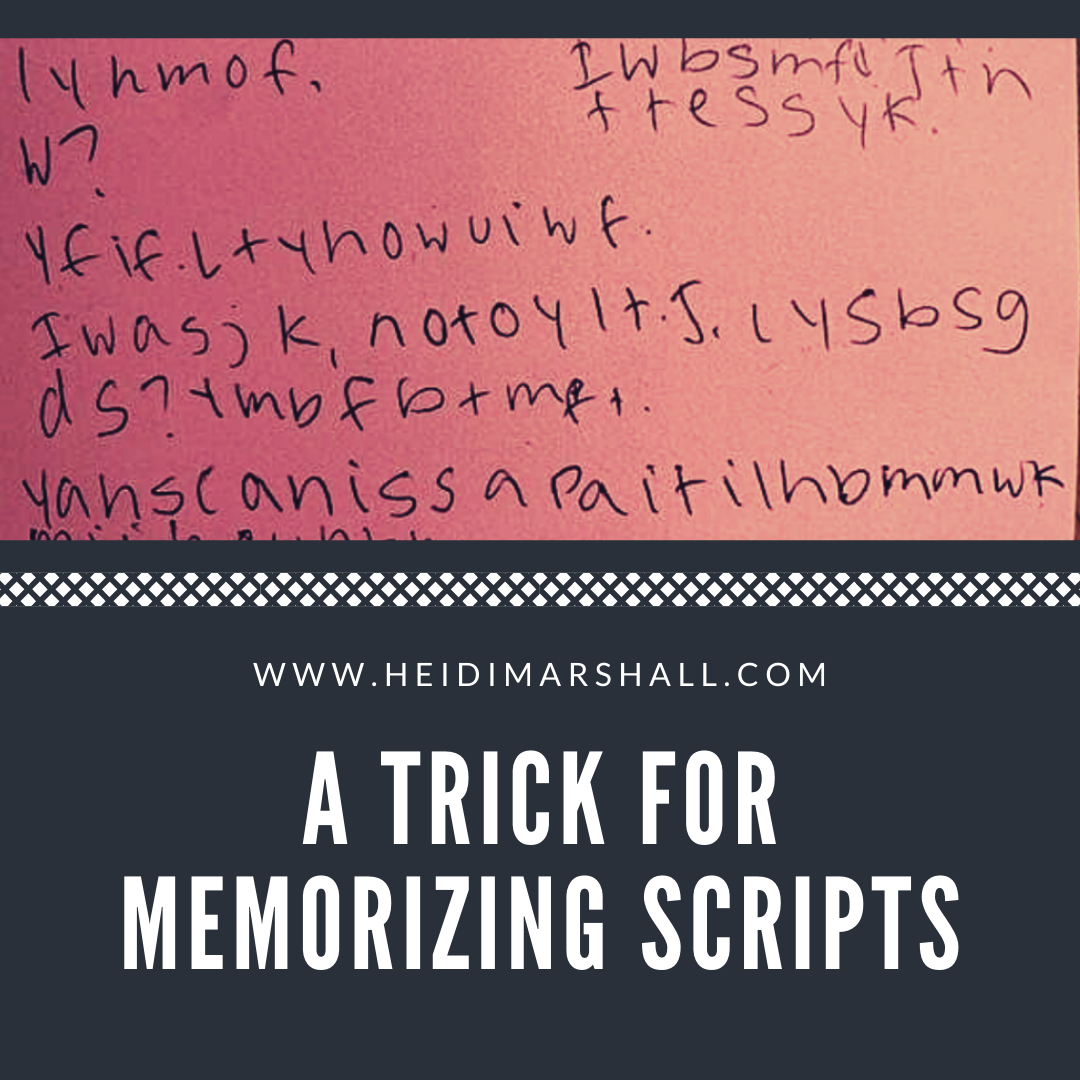 Okay. I learned something from a teen actress that is going to blow your mind about memorizing your scripts.

I was self-taping with this young actress, and we had some extra time after filming a scene. She then revealed that there was a second scene option that she hadn’t chosen to film because casting only asked for one scene of her choice.

I told her, maybe we should go ahead and film it?? So you’re ready when they ask for it, OR so that you can submit it with the first scene from the start. Let’s show you’re totally ready for the gig!

But. There was a catch. She hadn’t learned it yet. And we only had about 15 minutes left.

I said, how fast can you memorize it? (I had a feeling that a young mind could manage the task much easier than us adults:)

And she did. In less than 5 minutes. I kid you not.

And then I noticed how she did it. 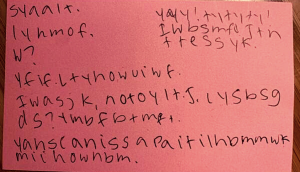 It’s not. It’s a TECHNIQUE.

She writes down the FIRST letter of every word in her sentence.

This is how laughing my ass off became LMAO.

Or, by the way became BTW.

It’s a type of shorthand that some of you know and probably every news reporter uses. Somehow, it just works. I even tested it on my actor-hubby when he had an audition yesterday, and he was shocked at how quickly he picked up the scene. Shocked, I tell ya.

Go to your scene. If the line says, “You had me at hello,” you write on a scrap paper, “YHMAH.”

These are the tools and experimentations that I encourage you all to keep doing and trying. TATTAETIEYATKDAT.

Keep your mind agile, experiment with techniques and tools, and you will remain refreshed and inspired as an actor!