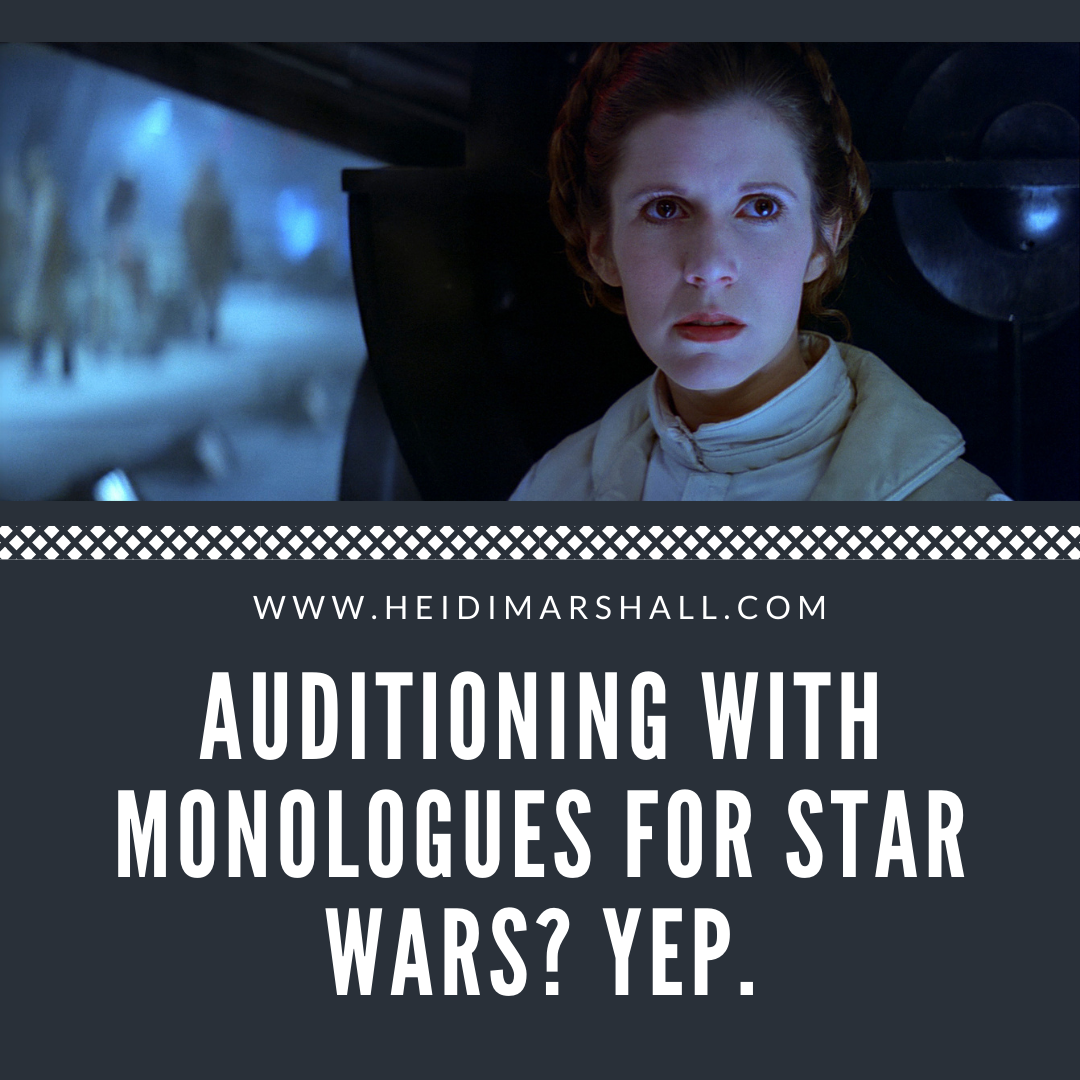 So, you won’t believe what people auditioning for a recent STAR WARS film had to do.

Actors were given a packet of monologues and asked to select and self-tape 1 contemporary and 1 classical MONOLOGUE.

Actors were wrangling these lengthy and meaty texts into their mouths while adapting them for a camera. Many had never even had a chance to work on these type of highly theatrical characters before, and the language and style was a huge hurdle. Fun, but a hurdle!

It was actually quite thrilling for me to see—and it brought back all sorts of memories of EPA (theater) auditions that I had to monitor as a casting director. Monologue after monologue. Plus, it reminded me of my own memories studying the classics. Such a good time when all I cared about was the WORD. The depth of each word. The nuance of each word. The power of the arc. The power of holding the stage in one speech by an actor.

As it turns out, these skills are all super duper useful when acting on film, too.

In films, there are monologues. We just don’t call them that. They’re speeches. And sometimes, they’re long speeches! But it’s the same thing!

And the camera lovesssss your speech.

Typically, those long speeches are when the camera gets motivated to move towards you for a close-up. It’s as if the words are luring the camera in. Literally. So your attention to specificity in your language will be crucial. The camera is hanging by a thread in a speech…. it’s moving in to catch your every word, every nuance.

What are your favorite speeches on film?

Recently, I saw Disney’s Cruella for some light fun. And actually, it was awesome! But sheesh, that one speech that Emma Stone gives is stunning. Wowsa. I won’t give it away. But what a moment. She pulled it out. She brought me into her emotional state, the interior of it all. It was so alive, so real. It was churning inside of her. And, the camera wanted that in a close-up. It was RIGHT ON HER FACE.

The camera loves watching you…

CAN YOU HOLD THE CAMERA FOR YOUR WHOLE SPEECH?

For monologue coaching, schedule a coaching with me or my team. We can’t wait to work with you!