How Fast or Slow Should a Scene Go? 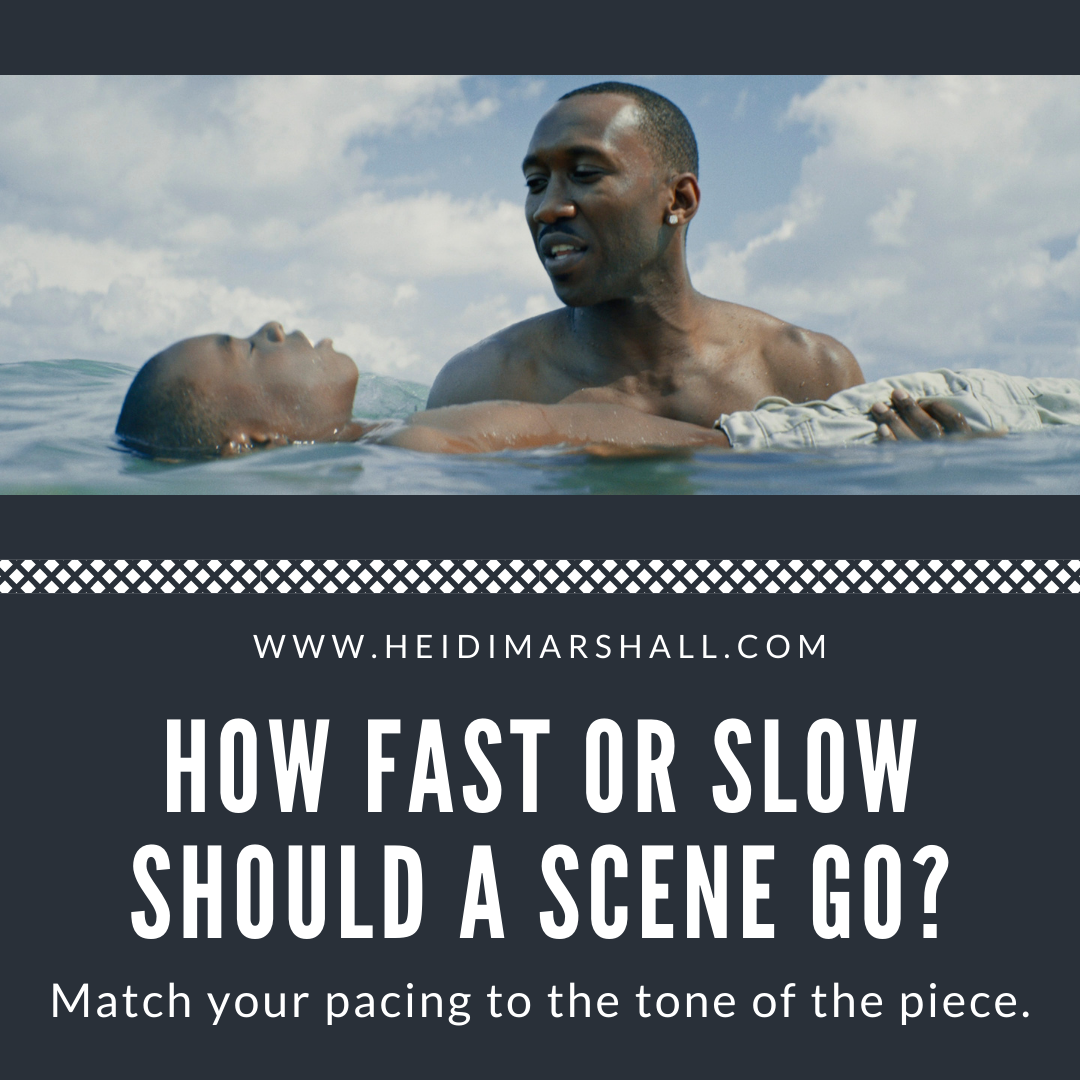 Have you ever gotten the acting note, go slower, or go faster?

Sure you have. Of course. Because it’s the easiest adjustment a casting director or director can give actors to get you in the right tone of the piece!

How fast or slow you go will influence the Tone. And then the Tone will define the Genre of the piece. See how it works?

One of the adjustments that I practice in my NAILING THE GENRE class is to identify the pacing of the scene as specifically relates to the tone of the piece.

Start figuring this nuance out by studying the many, many, many genres on Netflix alone. You can all start to pay attention to pacing and tone when you are watching your Netflix binges!

Observe if specific tempos are more common in certain genres?

How would a project change if it had a slower or faster tempo?

If you get a Sorkin script you can easily get overwhelmed by the amount of detailed dialogue, but it’s the style of the genre. The tone of his drama is fast fast fast. One could even argue that Sorkin has created his own genre: fast-paced political dramas. Sorkin hits the audience with so much information in a rapid fire that it’s almost impossible to catch it all… but the effect is that it’s a high stakes, fast-moving world. Such drama!

So. If you don’t move fast in Sorkin dialogue, you aren’t in the right tone of his shows and you aren’t nailing that genre.

The Trial of the Chicago 7 by Aaron Sorkin

Moonlight is a beautifully paced example of a film that allows the audience to breathe with the characters. To go inside their internal lives. We know that the main character’s struggle is a deeply personal one by the amount of time in each shot. In this film and other indie dramas, it will take time for the character to explore the personal dilemma. So, a slower pace would be allowed and even desired to tell the story in this genre.

You can nail that genre by taking more timeeeee. In. Your. Scene.

Use all the tools ya got to explore and adventure into your genres.

Please practice varying your tempos on any scene and see what genre unfolds!