Only One Take, Folks 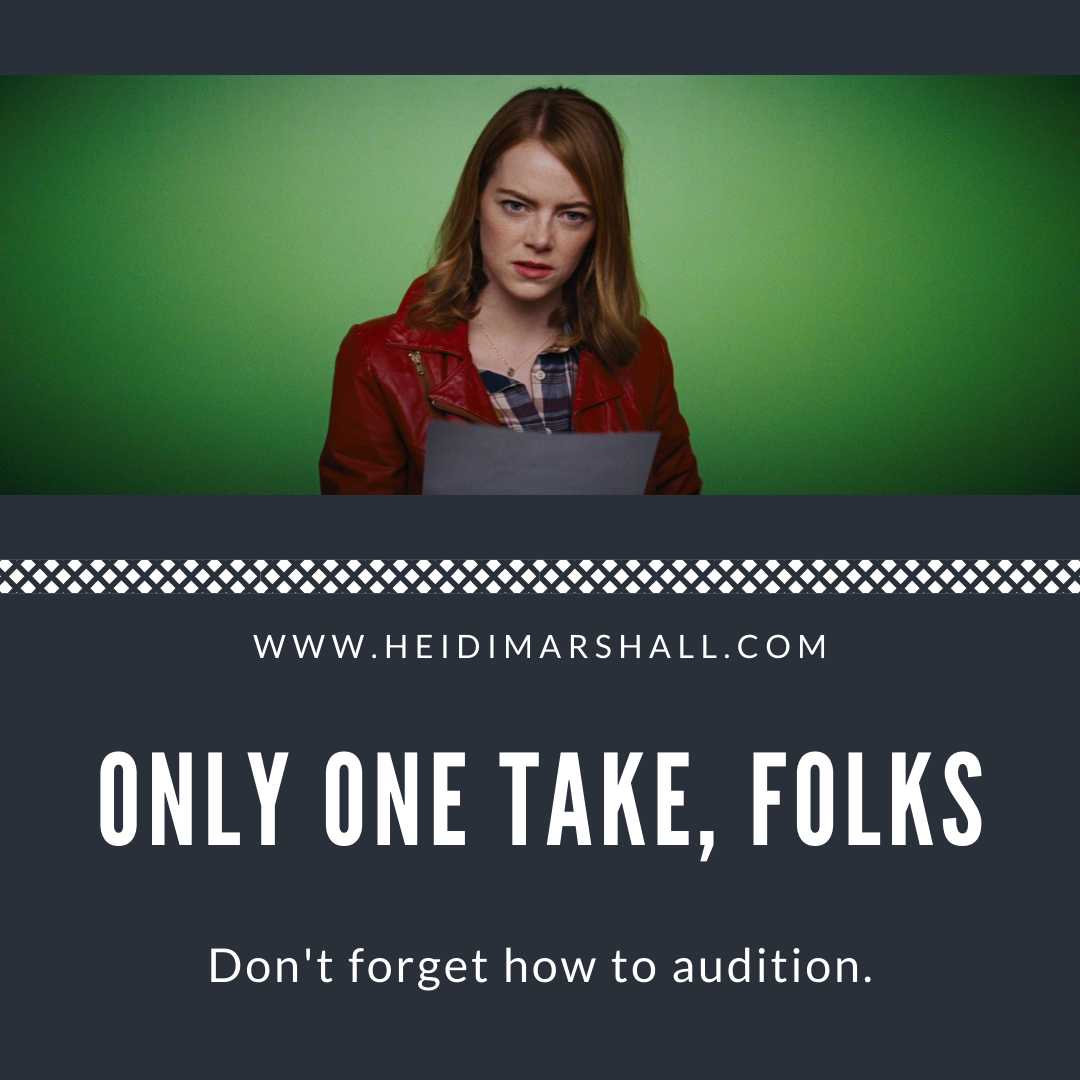 DON’T FORGET HOW TO AUDITION

This might be one of my most important self-tape pandemic era tips yet….

In the middle of doing all of your self-tapes, do not forget how to audition.

What is Heidi talkin’ about??

An actor shared an epiphany during a class exercise where they did only one take:

Wow, I had forgotten what it’s like to do a scene in one take in an audition. It’s not the same as my self-tapes where I can do it countless takes!

OMG. Look at that habit that has developed! 🚩Danger! Actors are most comfortable now doing take after take (20 takes??) until they “get it right” for their self-tapes.

But, doing so many self-tapes may have caused you to forget what it’s really like to audition when you have only one shot at the scene! In-person! Live!

You will be in that “live” situation where all pressure is on you for that one take!

You will have auditions and callbacks where you get to do the scene only once – in person or in zoom rooms.

And, more importantly, you will be on set and get only 2-5 takes.

Do not get used to doing your scene 20 times!  Break that habit, y’all.

I’ve written about this before, but it’s feeling important to stress it again while you are in full swing for self-tapes. Don’t worry… I have a workable TIP for you… you might not like it… but you might love it and thank me later!

TIP: When you’re ready to self-tape your scene, only give yourself 3-6 takes to do it.

I know, you are already resisting me.

But here’s the way to approach your self-tapes…

Throw your focus into your prep. This is where you should spend the time.

Prep, prep, prep. More focus, time and loving care spent on your prep will lessen your tendency to use each take as a warm-up rehearsal. Don’t keep warming up on film. No one has time for that on set, so don’t nurture that bad habit now.

Warm up, then film.

I want you to train your body to know what it feels like when it’s go time. It’s important that your body remember this feeling of high stakes for each take. That each take counts.

There are huge side benefits of filming fewer takes:

Okay, now, back to your prep and self-taping.

You got this—just with fewer takes please.